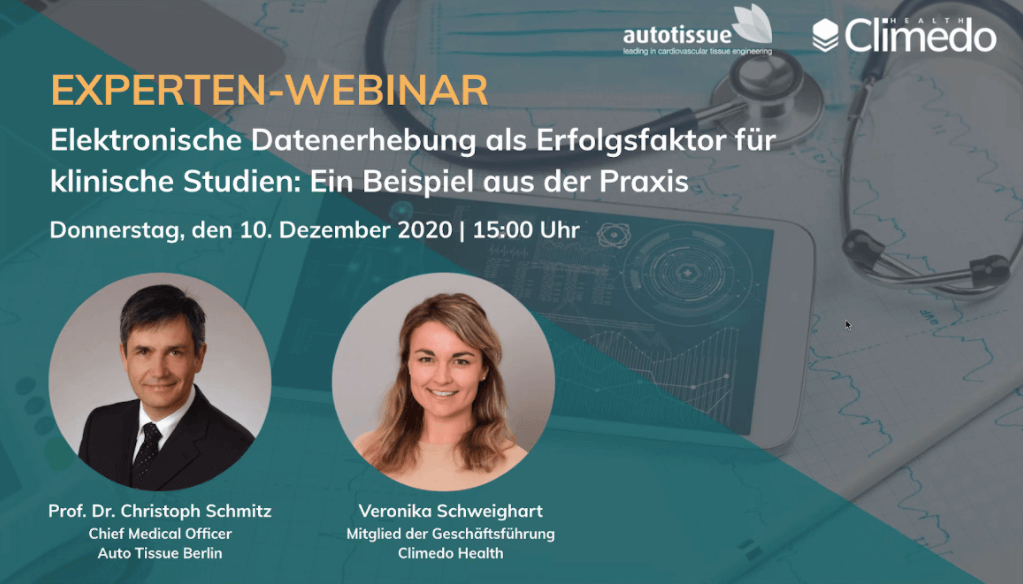 Once the 40 or so attendees had dialed into the session, we also got right to work with our first live survey to see what industries or roles were represented: Nearly two-thirds were from medical device manufacturers, while 29% worked for CROs, consultants or service providers, and 3% were physicians or clinicians.

Next, the two companies Auto Tissue Berlin and Climedo Health, which have had a joint project since mid-2020, were presented in more detail.

In the first part of the webinar, we wanted to explore what challenges MedTech companies like Auto Tissue Berlin are currently facing. First of all, however, the challenges of the audience were asked. 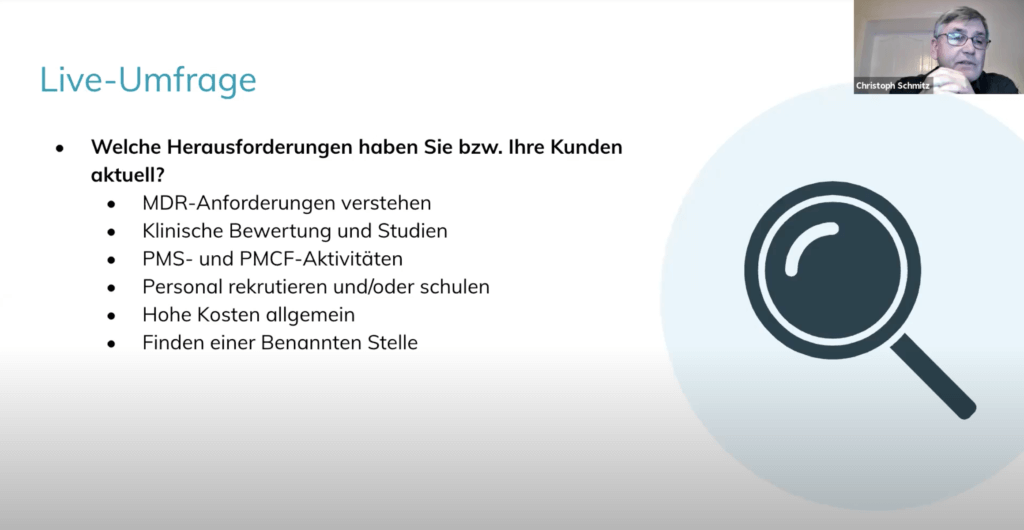 We asked a similar question a few months ago as part of our EU MDR survey on the true costs of the new regulation. You can download the results here. In both cases, multiple responses were possible.

The results of the live survey showed that currently especially PMS and PMCF are very difficult for manufacturers; these were mentioned by 81% of participants. Clinical assessments and clinical studies came in second with 63%. Understanding EU MDR requirements was cited third most often (44%), followed by general high costs (30%), and finding a Notified Body and staffing at 7% each.

At this point, Christoph Schmitz also described his own experience at Auto Tissue Berlin. He confirmed that no product can be re-certified today without clinical data in the context of studies and PMS/PMCF, even if it has been on the market for decades. Up-to-date clinical data must be submitted to get recertification.

On the topic of understanding the requirements, he felt the same. The EU MDR as a long document with many references to other long documents is a very tedious and time-consuming matter, which in turn causes costs, he said.

In recruiting staff, Auto Tissue Berlin again had no difficulties, but the department was tripled in size in the wake of the EU MDR.

Next up, Christoph Schmitz and Veronika Schweighart spoke about specific challenges of Auto Tissue Berlin. The focus here was on the following questions:

What (additional) challenges does Auto Tissue Berlin face as a Class III manufacturer and with regard to clinical studies?

How was clinical data collected prior to Climedo?

In the second part of the webinar, we first asked our attendees what clinical data collection tool(s) they currently use. 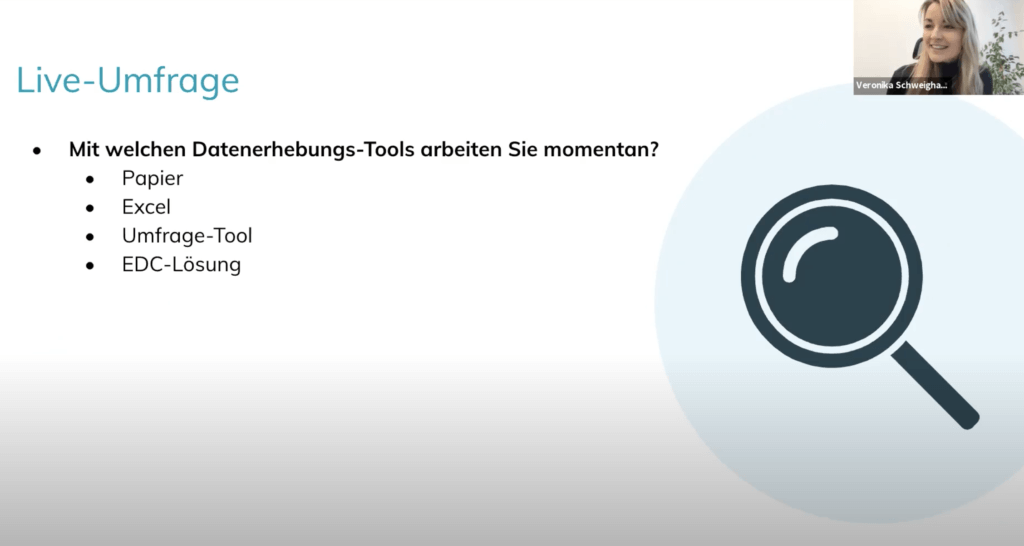 Interestingly, the results showed that more than half of the participants (57%) were using paper and / or EDC (“Electronic Data Capture”) solutions. As addressed in the webinar, many companies use a combination, depending on the study size and complexity. About one-third (32%) worked with Excel spreadsheets, while 29% worked with a survey tool.

According to Christoph Schmitz, many manufacturers believe that the effort for an EDC system for small studies is not worth it at all, but that paper and Excel are. However, he has learned through Climedo that this is not the case. We also believe that manual systems like paper or Excel will hardly be able to keep up with the EU MDR.

Next, the key requirements related to EDC were discussed. 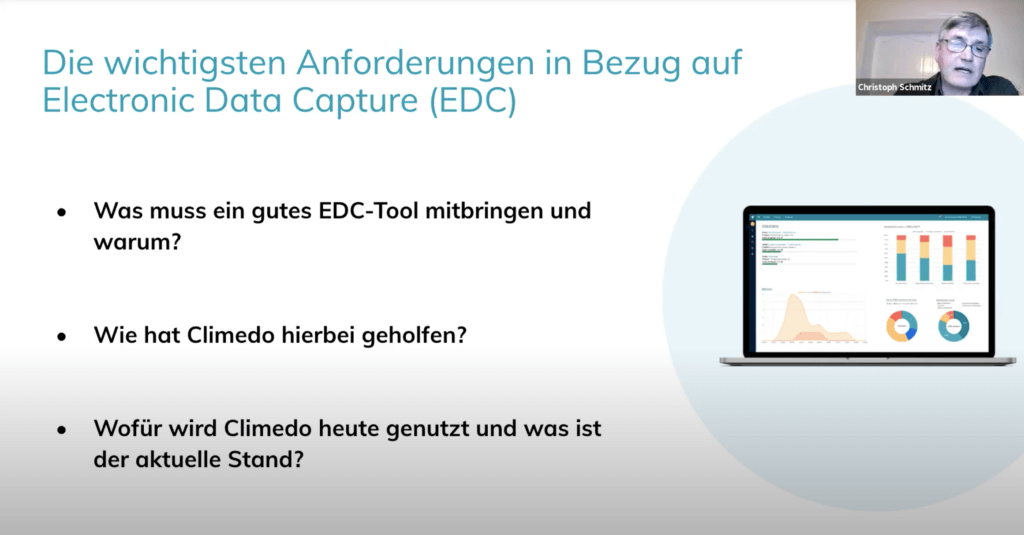 What does a good EDC tool need to bring to the table and why?

How did Climedo Health help in this respect?

What is Climedo used for today and what is the current status?

In the third part, Christoph Schmitz presented the Climedo system in a test instance. First he showed our participants the customizable dashboard. Here, among other things, a link to the study was included and one could see the number of patients admitted. But one can also display individual questions statistically, e.g. a patient questionnaire with percentages of the answers. 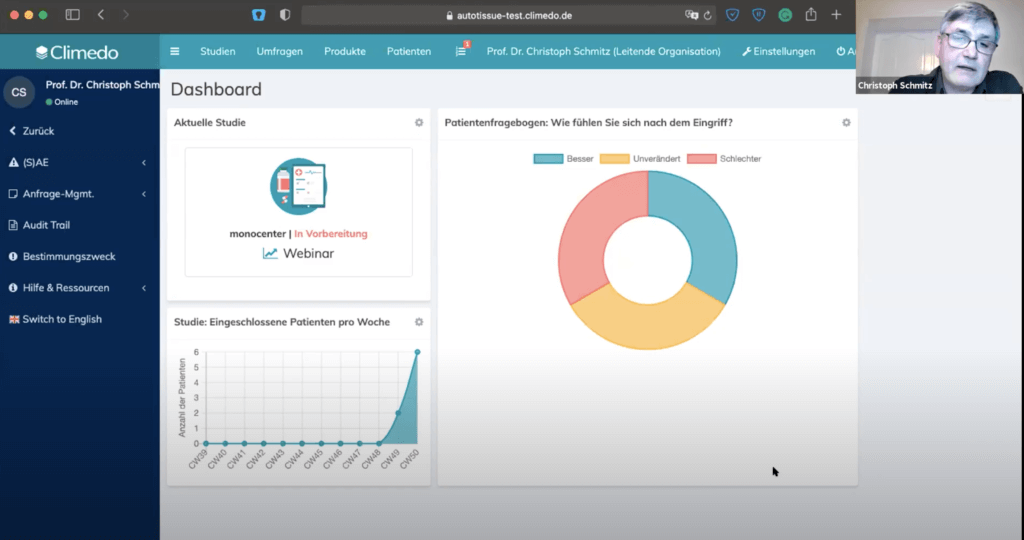 Then we continued with the study. Here you can see the patients included so far as a list in the overview as well as information on which eCRFs have already been completed – based on a traffic light system.

Next, Christoph Schmitz showed how patients are registered – all that is needed is an e-mail address. The patient ID and SIC are automatically generated by the system. 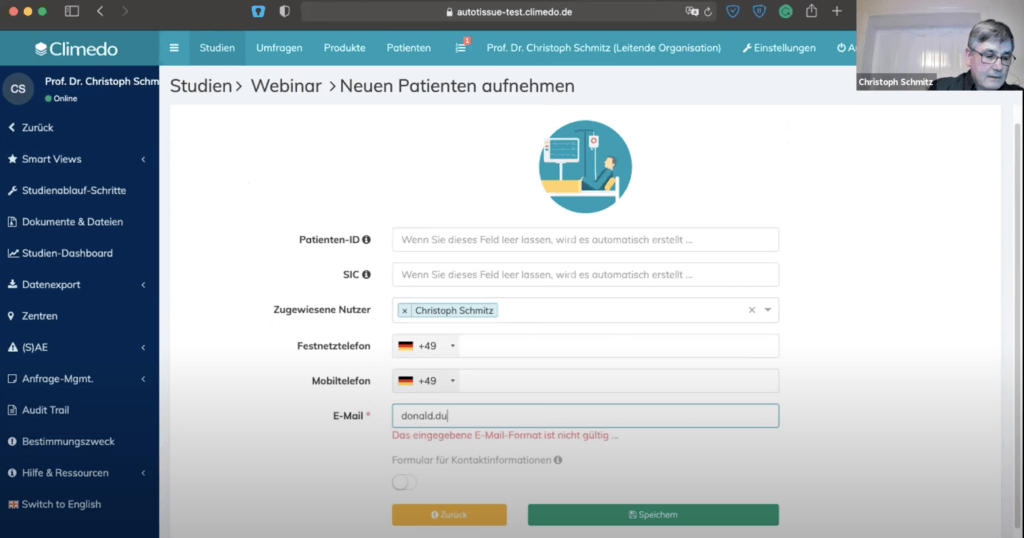 Here, the clinic can also add or search for patient data, which is enormously important.

We then looked at how the study questions appear in detail. “Dependencies” can be used to determine whether a new question appears in response to a particular answer. For example, if you specify that the patient is female, you are immediately asked whether they are pregnant. 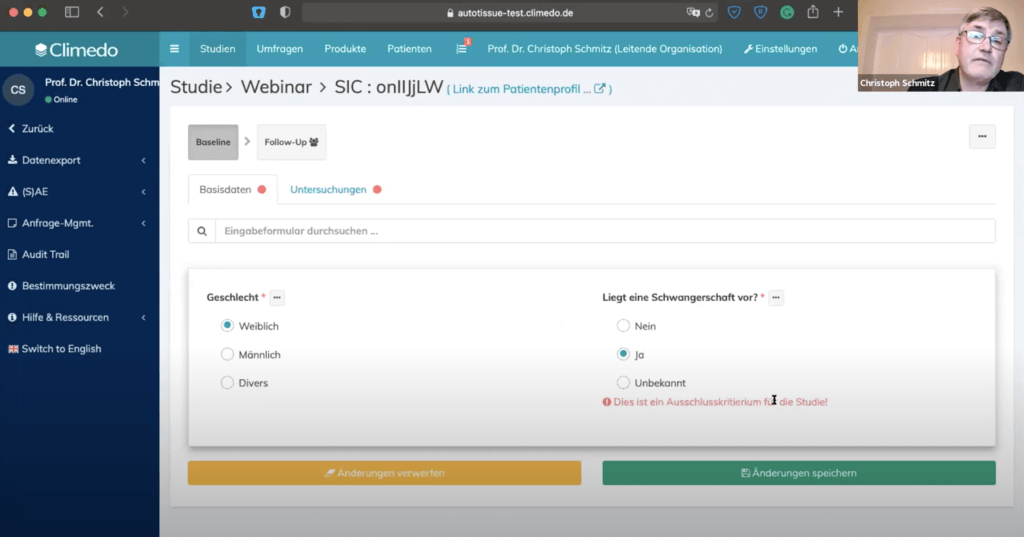 For example, certain exclusion criteria for the study can be defined at an early stage. Within a study step, different tab structures can also be brought into the system. The dependencies can also be made at the tab level. So with a very simple field – without asking the for information that he does not have to give afterwards – can control.

In the Templates tab, we next looked at how questionnaires can be created. For this, Climedo offers various building blocks, such as text fields, numbers, date fields, times, multiple choice questions, etc., which can be dragged and dropped into the form. Dependencies can also be configured here. 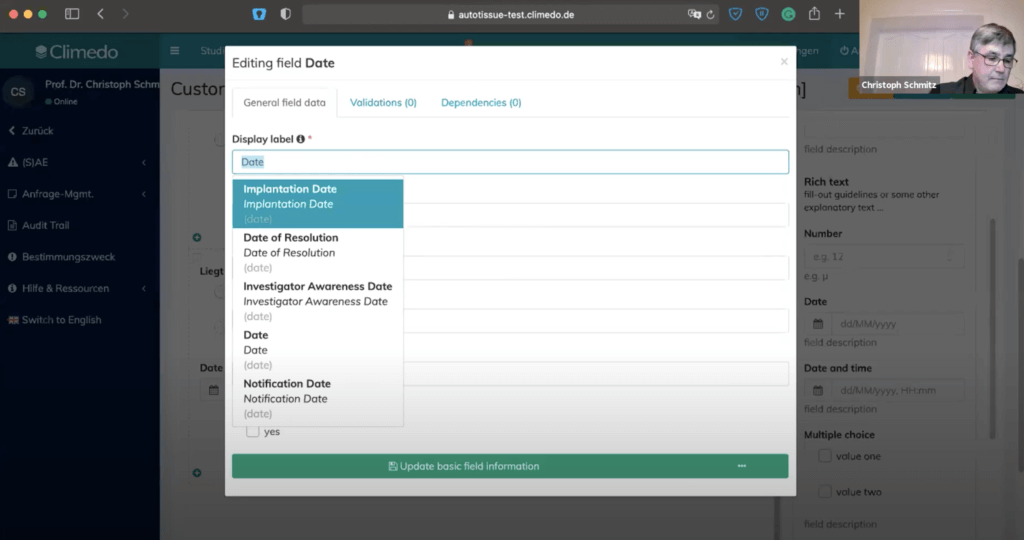 Everything can then be tested in preview mode.

In order to then also present the test survey in the Climedo to the participants, a QR code was then displayed that could be scanned from the smartphone. 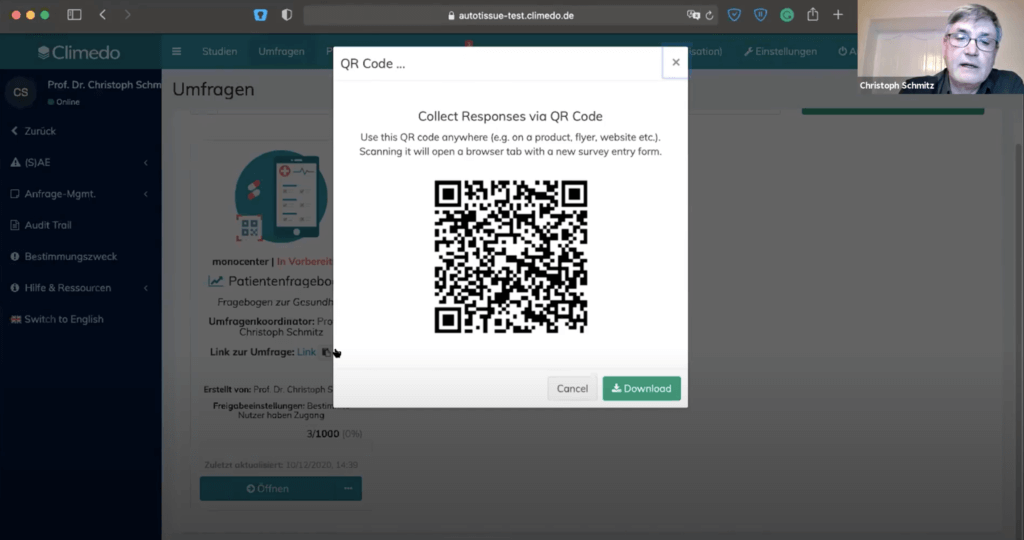 The completed questionnaires were displayed in real time in the in the survey overview. 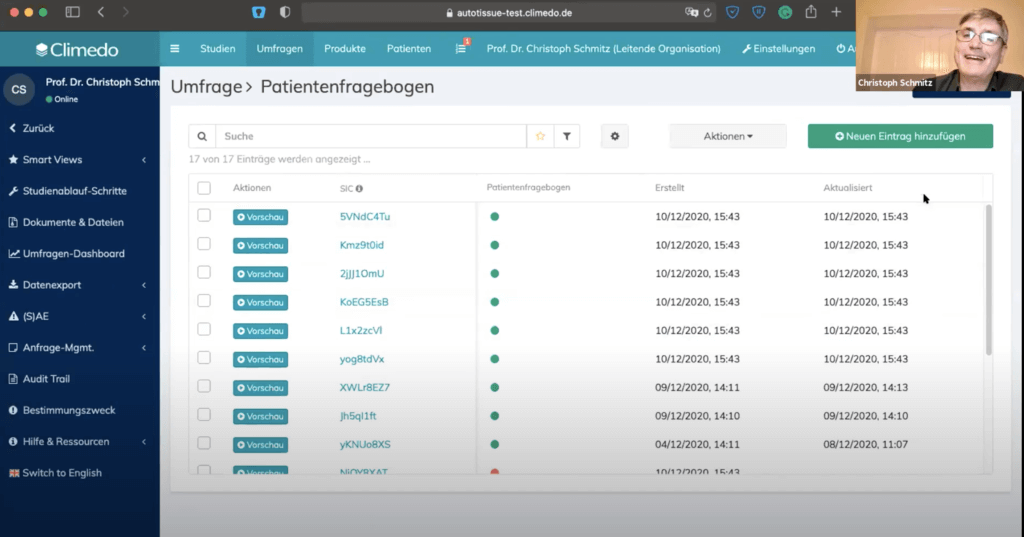 From the patient’s perspective, the questionnaire was as follows: 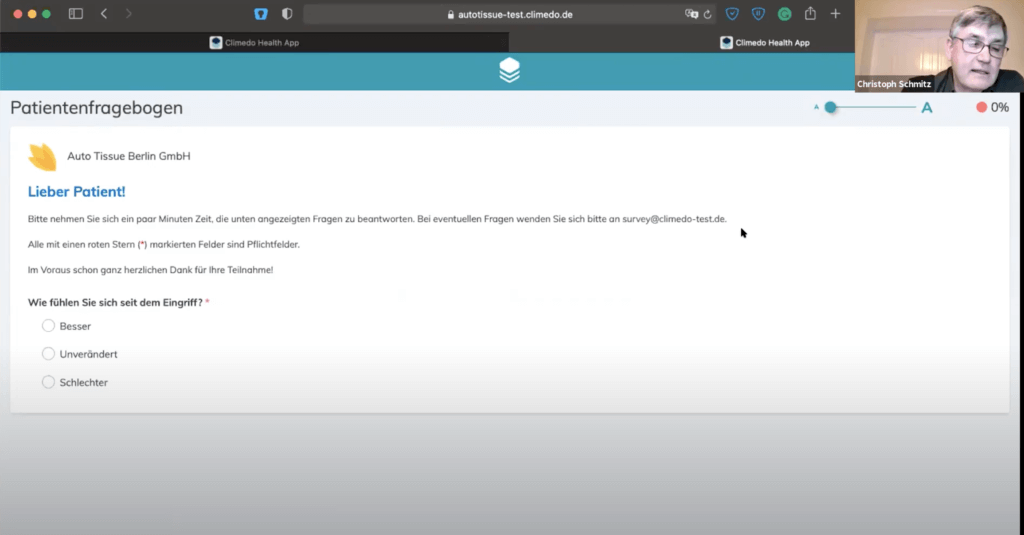 If you carry out surveys on paper, you won’t receive the information until the documents have physically arrived at your site or company. With Climedo, they become visible as soon as they are entered into the system. These responsive questionnaires are also displayed correctly on any device. 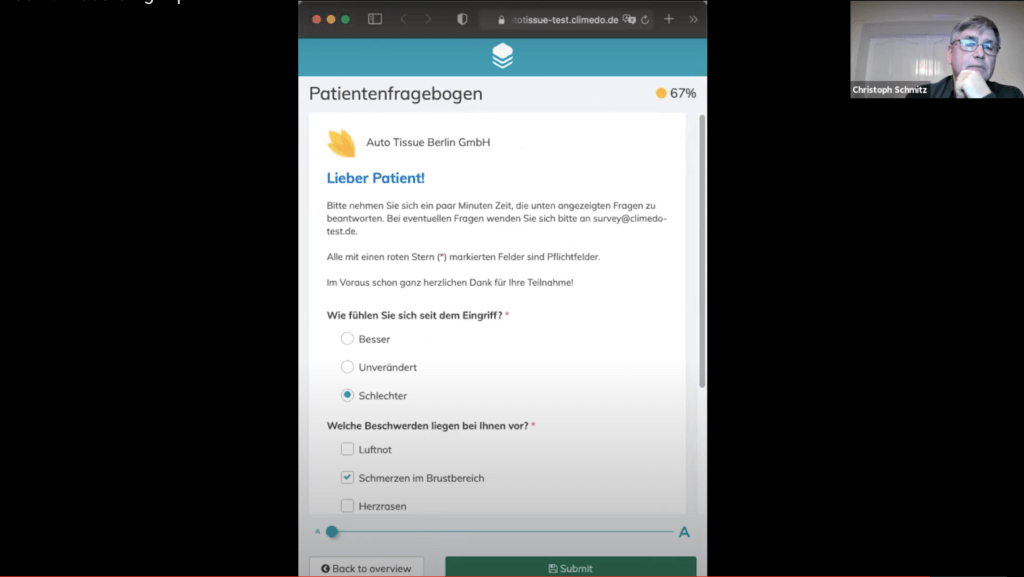 The new data has also already been reflected in the dashboard view. 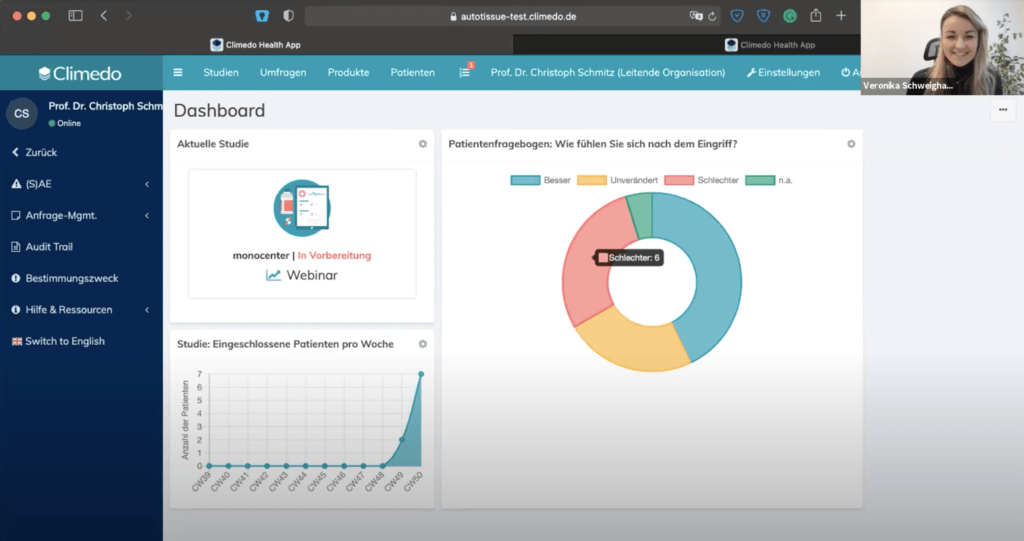 During our conclusion, we emphasized once again that the EU MDR requires considerable costs and resources on the part of medical device manufacturers, and that clinical studies and evaluations in particular are among the greatest challenges. At the same time, however, digital solutions such as Climedo can help save valuable time and thus costs. With a good user interface and responsive displays, this is also highly beneficial for user retention and compliance.

We are already busy planning for our next webinars in spring 2021! Until then you can find the full slides here.

If you would also like to get to know the Climedo software better, you can register for a free trial here: 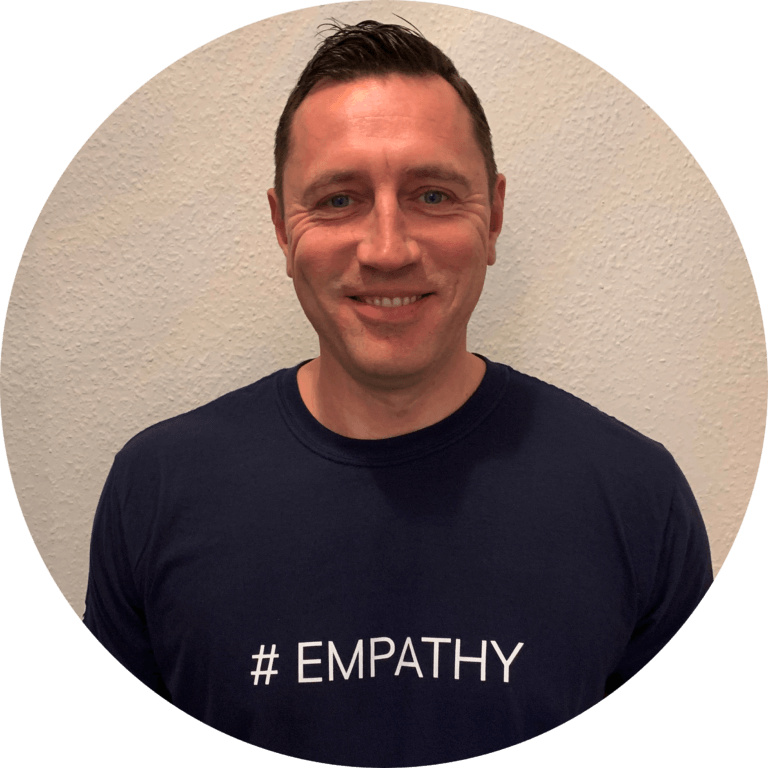 Loves introducing pharmaceutical and MedTech companies to Climedo's digital tools so that they can better meet their challenges. Supports clients along their customer journey from the first meeting to the project kick-off.

Climedo Connect: Decentralized and connected – The future of clinical trials 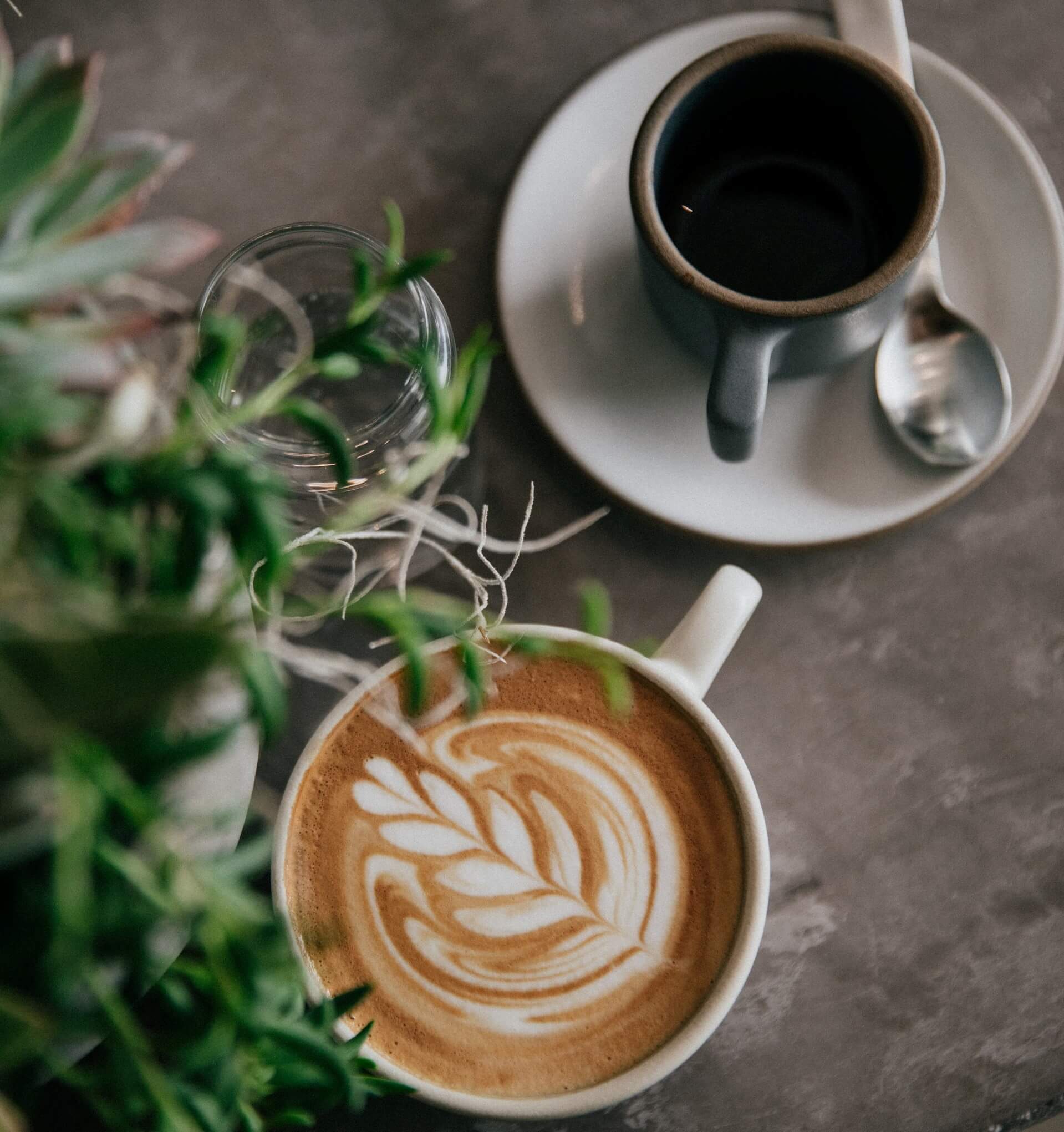 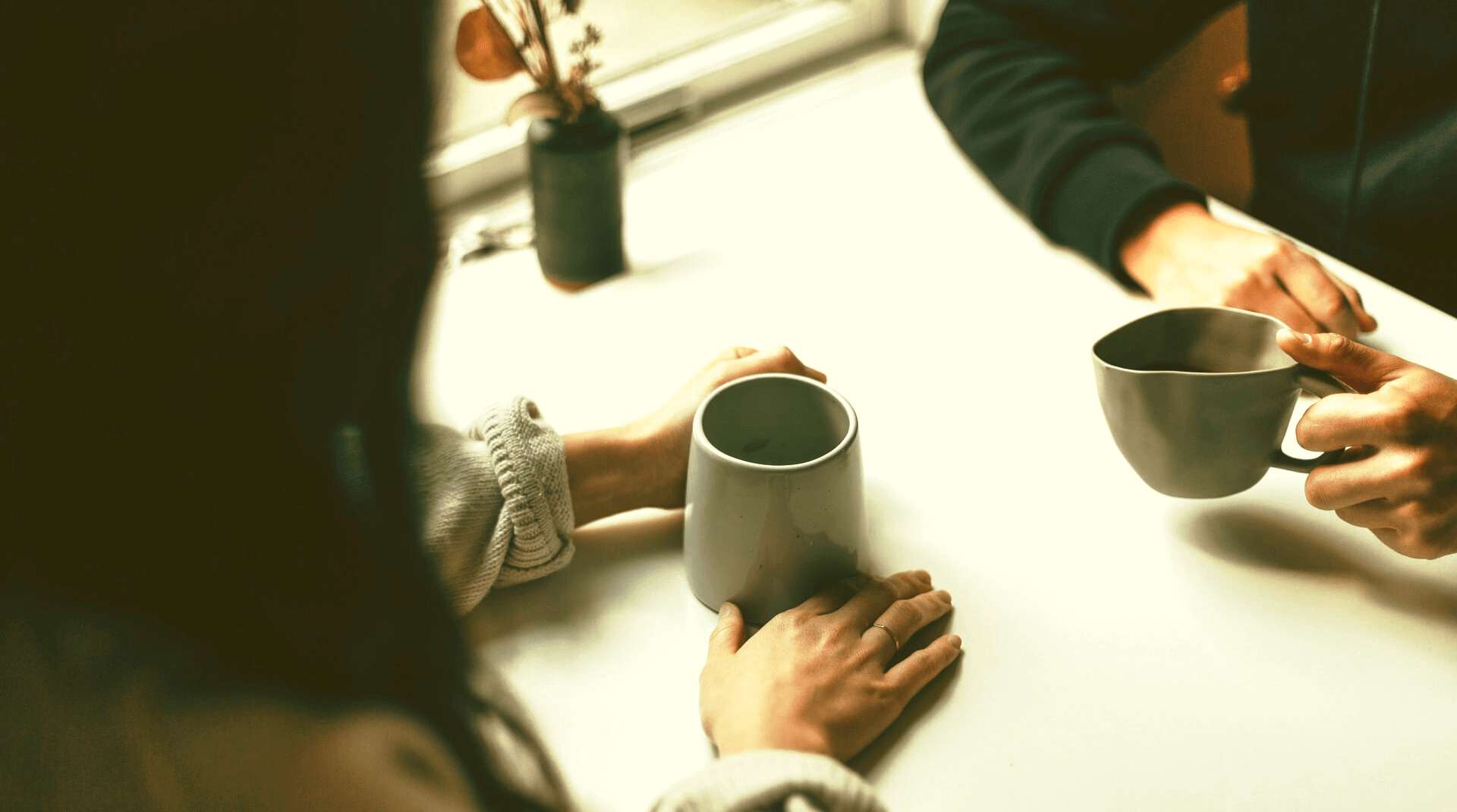